There were some programs included, with my CNC milling machine, which I have been lurking again by some China milling cutters. As I have tried to describe here. As well as a link to change raster images to vector images. Possibly I will add some more in-depth guides later..

GBRLcontrol v0.9 was deliveret was delivered with the router - The control program itself, where it talks to the Arduino-based controller card on the machine. Where to load the files to be milled ..

It may be a challenge to upgrade the firmware if you are not running it from a "real" Arduino, and not a controller board where it is built-in, but this can be done by extracting gbrl-master.zip, and copying the gbrl folder to libraries in arduino IDE in an older version, for me ver worked. 1.6.1, a version that does not cause problems with china copies, in the program, select Arduino Uno, and upload.

There is a shortage of space, but even though I use 94% of the memory, and get an error message after which the upload of the firmware is completed. 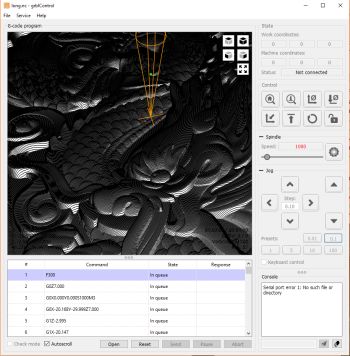 Import these files into CopperCAM and select tools to generate a file for the supplied GBRLcontrol. 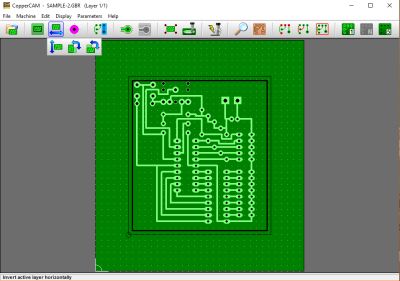 The version og ArtCAM delivered with the router, is an older version, from before the program was acquired by AutoCAD. The supplied manual does not quite fit, with the supplied version. But if you look at the pictures, and try your hand at it, it is possible to make CAD and image files into files you can mill into motifs in the included GBRLcontrol.

A small challenge is that via a word processing program, for example notepad. Need to correct some G-code commands so the router can understand the files.

I have made a guide to how to create a file to mill. 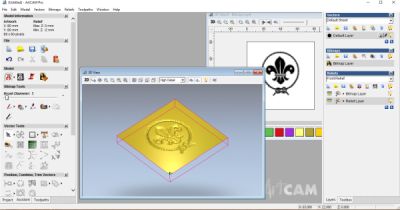 An easily accessible program, add an image file, select laser variant, and strength. then the rest gives itself. 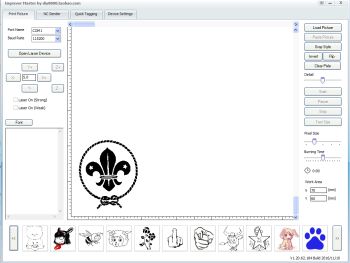