I wanted to expand the usability of my TinySA Spectrum Analyzer, by creating an attenuator, as completely basic ´can be described as an electrical resistance, to lower the strength/power of RF signals.

When I made the attenuators project I first was guided to make a circuit of resistors, twisted to match inductance and capacitance, to 50 Ω. Instead I went with the simple solution with a flange attenuators mounted on a heatsink. I got the idea to reuse the heatsink, by adding a flange resister to be used as dummyload for my radio.

The size of the heatsink could be bigger, but I do not expect to run the attenuator and dummyloads on the same time.

I used the shield from a RG58 for the ground connection, to stiffen it, I added soldering tin to prevent a short, to the centre conductor. 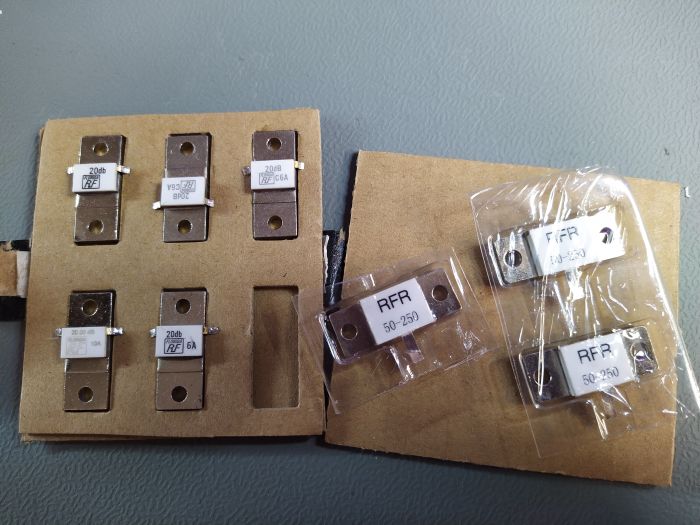 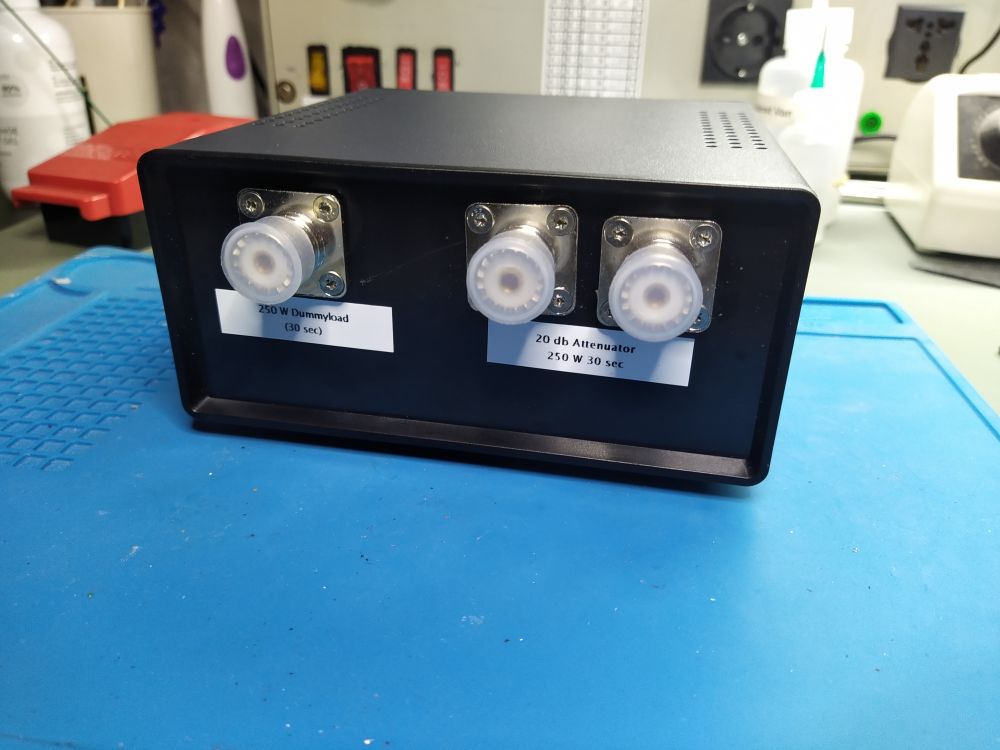 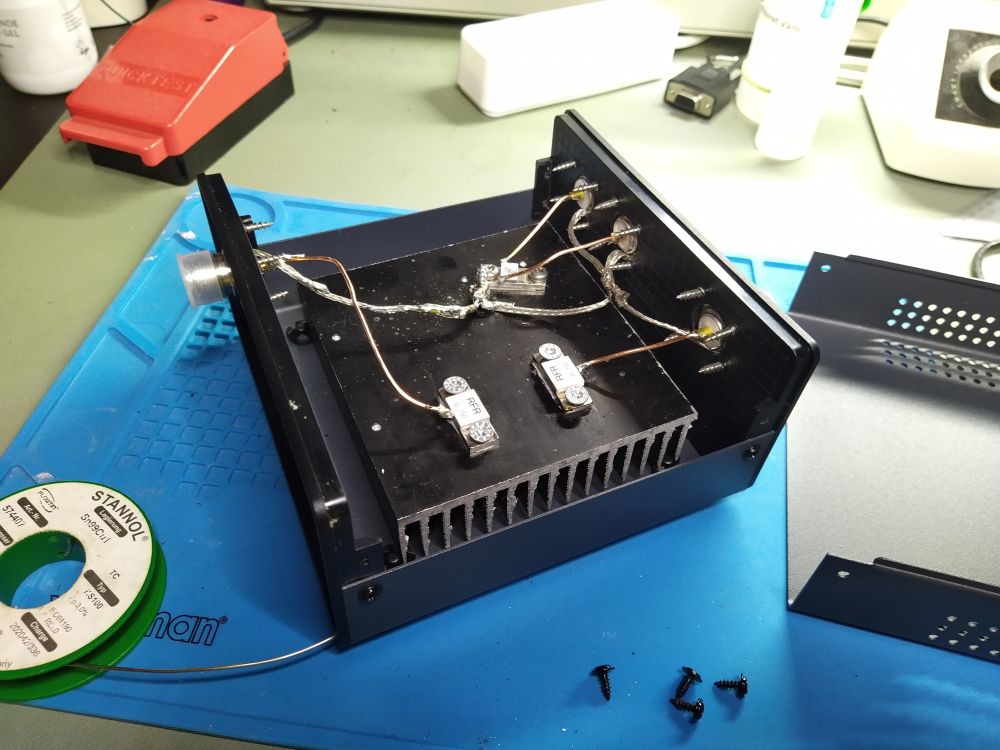