Wearables, ie clothes and computers that are "merged"

I have a pair of Arduino LilyPads, a stack of rgb LEDs, buttons protoboards, sensors, battery holders and a few meters of led sewing thread. On the way in the mail, and my “scout jacket” is the first bid for digitizing some clothes. As well as an LED wire strip.

Then I will try to sew some LEDs into the clothes so that only the LED itself can be seen. Maybe controlled by some Sensors, and slightly discreetly placed buttons.

The principle, you sew it all together instead of soldering. One must make sure that the individual connections do not cross, so it requires a bit of planning.

I have some ideas in mind, red light, on the back, and white light in front which lights up when I am out walking. A little bling bling, around my “back mark” a nice Ø40cm WOSM badge. who might mother you if you are awake.

“INPUT_PULLUP” For buttons and other inputs, it is easiest to use the Pull-up resistors built into the arduino. This also means that one leg of the button must be brought to the frame

RGB LEDs, the finished LED modules I have found, have ended up being with programmable WS2812B, or RGB, with common anode. The common anode, really just means that all colors must be inverted ie. 255 minus color value.

Power supply also requires a bit of consideration as there is not much juice in a C2035 button cell battery. I have mounted a USB cable, with dupont connectors on the lily pad itself and supply a battery bank in a pocket. 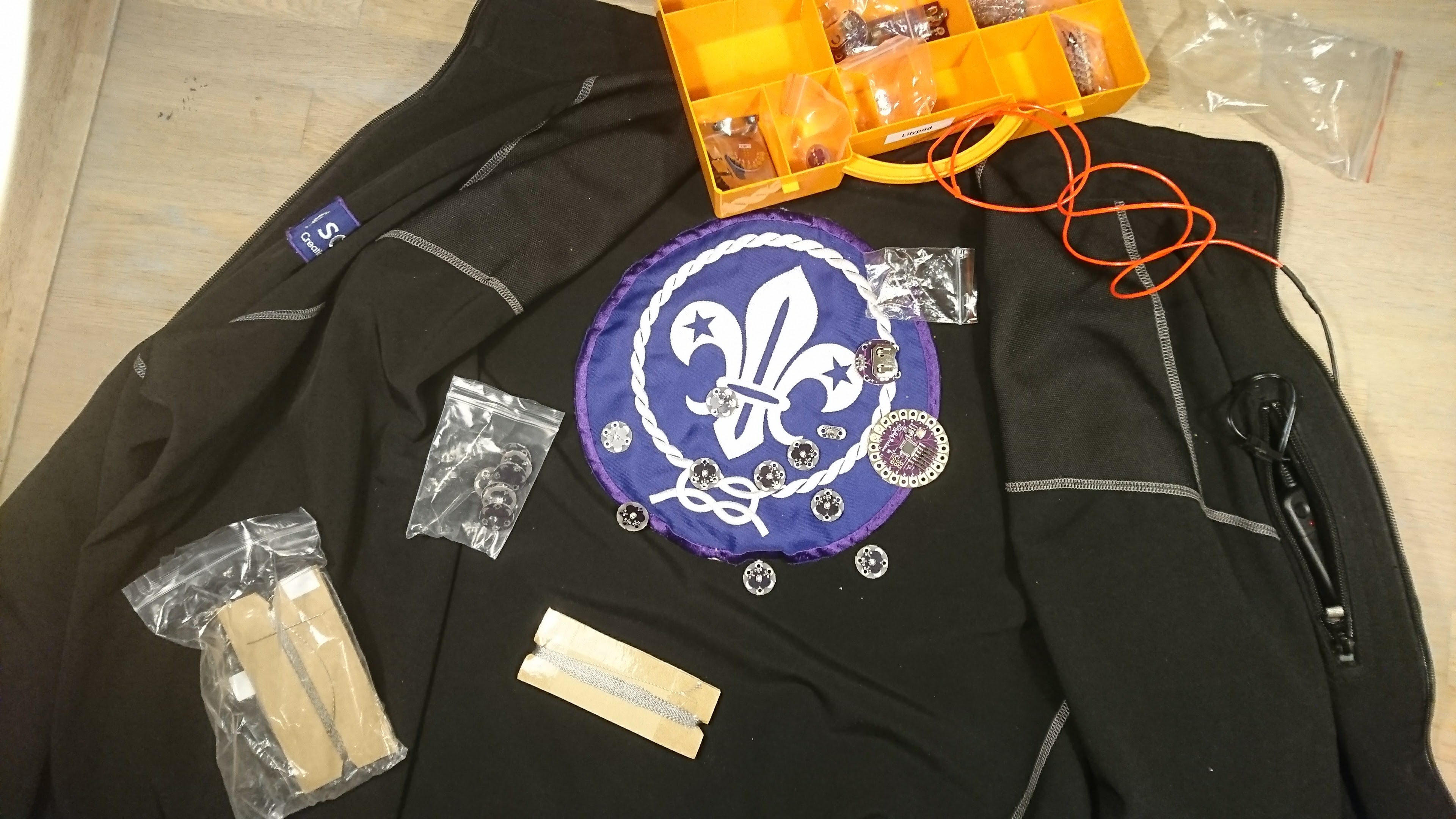 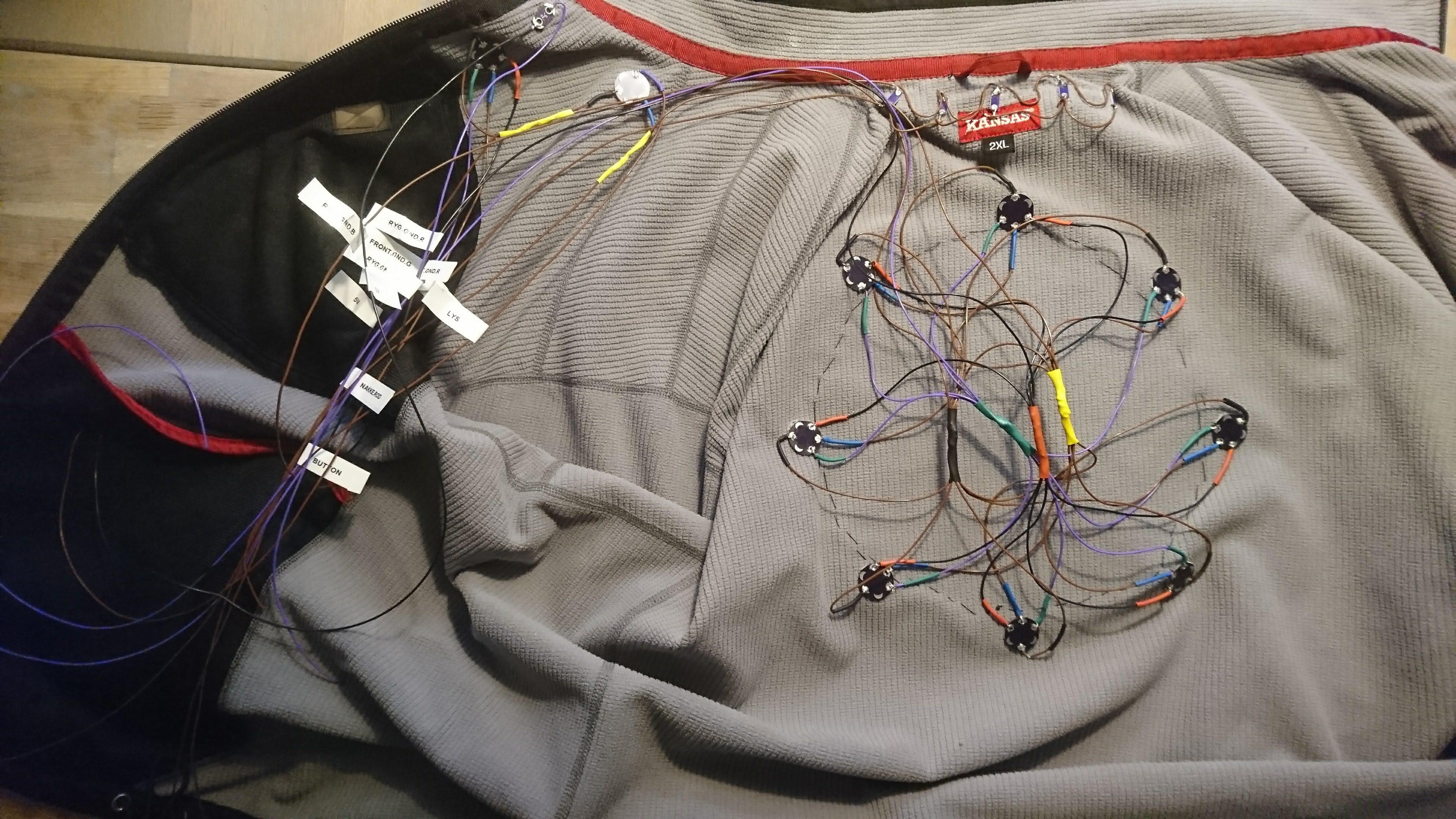