My approach to radio probably comes mostly from the fact that I'm a Scout. When I fell for the international aspect of Jamboree On the Air (JOTA) where one communicates across boundaries, like religion, skin colour, political affiliations. worldwide. In 2014, over 1,000,000 scouts from around the world participated, with the goal of making the world a better place.

I stumbled upon a used Yaesu VX-150 and a BaoFeng GT-3 Mark II, I must admit that Chinese radio impresses me with the price, so it has also become the predecessor of the GT-3, namely a BaoFeng UV5R. As well as a BaoFeng F8HP with a transmission power of up to 8 Watts. The last 2 mentioned, are more versatile, and share accessories and batteries.

I started at HF with a refurbished Yaesu FT101E Tube transceiver which was that was produced until approx. 1980 according to the foxtango club. I also managed to learn how to tune it up, even though I was scared to burn a tube every time.

Later I stumbled upon an offer on brugtgrej.dk on an FT897 I could not stand. It was subsequently sold, in connection with my house sale, as I did not count on the possibility of setting up an HF antenna on my QTH. But again, I try to be discreet and not lower the property value throughout the neighbourhood.

I did not manage to finish building my mcHF, for JOTA 2016 ´. I started to stress. Luckily, I got the opportunity to buy a Kenwood TS-850S, which I have to say was something of an upgrade, the peeling sound has disappeared. and the access to filter noise was greatly simplified. Later I upgraded to an Icom IC7300, I really liked it, but I had to move again and not thinking there was abele to put antennas up again, so I sold the Icom IC7300, and got an Yaesu FT897D as part of the trade, so I could use it portable. 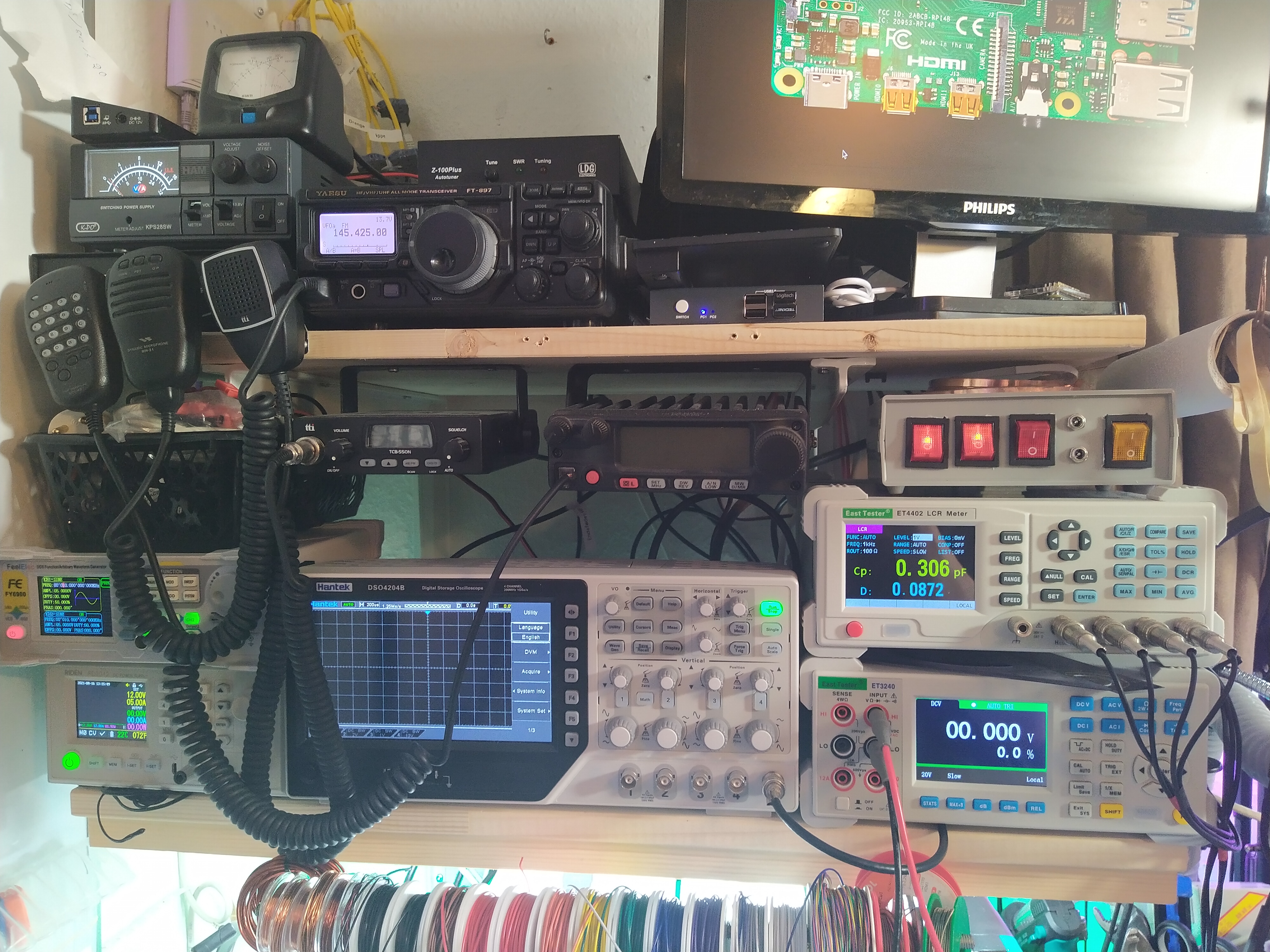 On my new address I had a lot of issues with high SWR, from 160m to 6m the SWR was between 8 and 17, not what I would call useful. I solved it by moving my antenna away from my house. That meant that I had to put up an end-feeded antenna instead of a Windom antenna, I feed the antenna via an 6m Alu pipe near my house and a 10m fibre-telescope pole in the middle of my garden. The rope in the other end of the antenna, is just thrown over a branch in a tall tree, about 8 feet up, and at the end I have tied a counterweight which keeps the antenna tight. This means that my SWR at the worst frequency range place is around 2.97, unfortunately the 80m band, but the rest of the bands are at approx. between 1.1 and 1.7

At the Christmas test 2014, I noticed how many people were in doubt about Quebec in my call, Oscar Zulu 1 Sierra Quebec Tango. That is why I want to use Oscar Victor 2 Whisky which seems a bit more mundane, for a "normal" call. Although it's not an OZ call. And OZ1SQT, as Scout / JOTA Call..

My plan is to get an SDR Radio receiver rigged and maybe get it online with a Raspberry pi, as a web server, using OpenWebRX similar to WebSDR.org that makes it easy to listens on the Ham-band.